Physics Envy May Be Hazardous To Your Wealth! 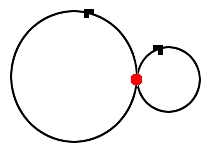 Once I believed that "mathematical finance" is a kind of fault phrase and the correct phrase should be "financial mathematics". Actually, I recently changed my mind. Both phrases bear a part of reality.
Financial mathematics reflects the fact that we use complex combination of stochastic analysis, numerical techniques and statistics.
On the other hand, mathematical finance reflects the fact that it is just finance, viewed as a physical systel, while trying to model it by pure thought and mathematics.
ارسال شده توسط آرش در ۲۱:۲۸ هیچ نظری موجود نیست: پیوندهای مربوط به این پیام

As Paul Karl Feyerabend, science philosopher, in his brilliant book Against Method critisized the existence of scientific method in an anarchic way, I believe that there is nothing called scientific method and therefore one can claim that even if by chance the science has been useful up to now, there is no way to introduce some methods to produce new useful results.
However, classical economics texts shows that some economists believe so, when facing results in mathematical finance.  "But I know I had a growing feeling in the later years of my work on the subject that a good mathematical theorem dealing with economic hypothesis is very unlikely to be good economics, and I went more and more on the rules:
1- use mathematics as a shorthand language rather than as an engine of enquiry,
2- keep to them till you are done,
3- translation into english,
4- then illustrate by the examples that are important for the real life,
5- burn the mathematics,
6- if you are not succeed in 4, burn 3.
This last I did often." said once Alfred Marshal.
In my home country, Iran, almost all of the economists tout the importance of mathematics while at the same time insists on the role of mathematics only as a language for economics.
However, if we analyze the creation of mathematical finance, neither of the following steps came true. Paul Samuelson, suggested Geometric Brownian motion as a model for price movements without any economical studies, just based on the fact that the price is not predictable and is positive. The model, now called Black-Scholes, which was inspired by the lost work of Bachelier (1900), is the consequence of pure mathematical thinking.
Unfortunately, many of my friends who study economics, believe that the model is a consequence of the Efficient Market Hypothesis, (EMH) introduced by Samuelson and developed by Fama. Although, EMH and Black-Scholes model are not fully independent, it was not EMH that created Black-Scholes model. The model is the result of collaboration  of one mathematico-economist (Samuelson) and two famous pure mathematicians, L. J. Savage and H. P. McKean.
I remember a conference in Allameh Tabatabaie University in Tehran, where Prof. Jamshid Pazhouhian critisized my talk about dynamic portfolio optimization on Heston model where there where quit giant partial differential equations (PDEs) in my slides, mentioning that the work should start in economics not mathematics and the definition of economics is aligned with prediction. Isn't the Heston model by chance a econometrics model? Or the dynamic portfolio optimization much more economically reasonable than the paradoxical  collection of Markowitz static portfolio optimization and Capital Asset Pricing Model (CAPM)?
ارسال شده توسط آرش در ۱:۰۷ هیچ نظری موجود نیست: پیوندهای مربوط به این پیام

The world is speeding up for me so that I should practice typing faster and faster in English. The way I chose is try to type with out looking at the screen. It makes typing faster and more accurate. It should be hard at the moment, but gradually you will see the difference.
For those who do not know about the reason, I could only say that scientists type their works to constitute an article. And editing an article in mathematics takes a few months. The article should be written so that any one knowing a little about the subject, understand it in general.
You can imagine how boring it could be to type some thing slowly. So, I am trying to speed up the way I put my ideas into an article.
ارسال شده توسط آرش در ۲۳:۱۴ هیچ نظری موجود نیست: پیوندهای مربوط به این پیام